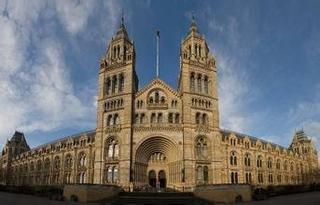 The University of London's School of Oriental and African Studies (SOAS) has received what it says is one of the biggest ever donations to a UK university.

The £20m gift - worth more than a quarter of its annual turnover - would be "transformational", SOAS said.

It came from the Alphawood Foundation in Chicago, set up by Fred Eychaner, a former Asian art student at SOAS.

The money will pay for building upgrades, research and scholarships.
Academic posts

Prof Paul Webley, director of SOAS, said the university was "thrilled" to be working with Alphawood.

"SOAS has been studying and interpreting the development, languages, arts and cultures of Asia for nearly 100 years and this project will draw on that knowledge as well as further reinforce our position as a world-leading centre for the study and interpretation of South East Asian art."

The donation includes £5m towards building development and £15m to be spent on research into South East Asian Art as well as improving links with the region.

SOAS said the money would be used to bring post-graduate students from the south-east Asia to London.

It also wants to establish three new academic posts, including professorships in Buddhist and Hindu art, and develop links with like-minded institutions in countries such as Burma, Cambodia, Vietnam, Thailand and Laos.

Mr Eychaner, a broadcasting tycoon who owns a string of radio stations, said he wanted his money to build bridges, especially in areas of Asia held back in the 20th Century by war and politics.

"Alphawood Foundation seeks to stimulate and expand the study of South East Asian art at all levels - from an educated and interested public to museum professionals to new PhD-level scholars.

"We chose to advance this goal by making our largest gift to date to SOAS because this school creates a very special learning and research environment where West meets East."

Mr Eychaner - who owned a television station until he sold it to Rupert Murdoch's Fox network - studied for a post-graduate diploma at SOAS, which currently has more than 5,000 students from 130 countries.